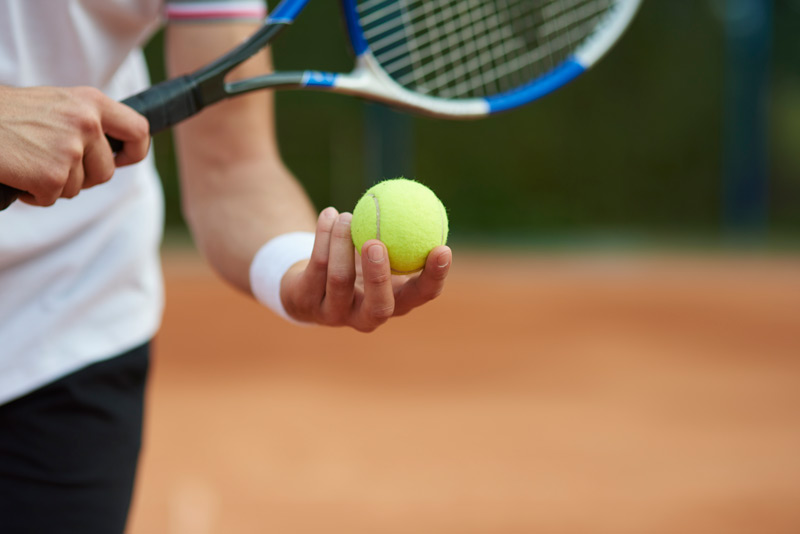 Heading to a sporting event in 2022? Travel on your terms with JetAhead.

We might be halfway through 2022, but there’s still a huge number of events left on the US sporting schedule. From the US Open to the NASCAR Cup Series, the second half of the year is packed full of unmissable excitement.

Not sure which of 2022’s big sporting fixtures is for you? Well, we’ve rounded up some of the highlights from the sporting schedule over the next six months.

Taking place over 11 days, The World Games represent the heights of competition for over 3,500 of the best athletes in the world, who compete in over 30 unique and exciting sports. The World Games occur every four years and run the year after the Olympics. It’s an opportunity for some sports not included in the Olympics to get their chance to shine.

So, if you love the joy of the Olympics but with various diverse and interesting sports, such as Karate, Gymnastics, Powerlifting and Archery, then The World Games, taking place in Birmingham, USA, this year is the sporting event for you.

Since 1978, this tournament has been played at the USTA Billie Jean King National Tennis Centre. Based in Flushing Meadows, Queens, NY, the stadium has a footprint of a massive 46.5 acres, one of the largest tennis facilities in the world.

Kicking off on Monday, 29 August, week one features the Opening Rounds, including the Early, Second and Third Rounds. Week two brings the Quarter and Semi Finals, building to the Final Matches!

The NFL – Across the USA

American Football fans will be pumped to see the new season of the NFL kick off on the 9 September and back for another action-packed season.

You may also like: Why Should You Book A Private Jet In Advance?

Whether you support the Chicago Bears and want to see them battle the 49ers in Soldier Field, Chicago, on 11 September, or you’re more interested in heading to Detroit to watch the Detroit Lions vs. Philadelphia Eagles on the same date, the NFL is sure to entertain!

For adrenaline junkies, the NASCAR Cup Series Championship at Phoenix Raceway might be more your speed! Watch as four drivers go head-to-head for the ultimate prize in NASCAR.

UFC – Across the USA

Looking to get up close and personal with some of the world’s ultimate fighters? Then perhaps a UFC Fight Night is more your style. Instead of watching the fight on television, watch the action in the Octogen for yourself!

If you’re travelling across America for your next sporting event, why not choose JetAhead for your travel? Why should you be confined to strict schedules, extra fees, and fuel surcharges when you could book your own private jet for the day, not per trip? With an allocated private jet on standby, you know that your travel is organised in advance and running according to your timelines and no one else’s.

You may also like: How Jetahead™ Changes The Dynamics Of Using A Private Jet.

Skip waiting around for other travellers and travel in style on a jet running purely on your time and schedule for the day. We understand that plans can change, so, running late? No problem. Want to leave a bit earlier or later? Or add in an extra stop-off point? We’re ready and waiting to go when you are.

Here’s how it works:

For information on up-to-date pricing and availability, please contact:

Ready to book your private jet travel in advance?

Get in touch with our private aviation experts now.

Menu
SPEAK TO US
We use cookies on our website to give you the most relevant experience by remembering your preferences and repeat visits. By clicking “Accept All”, you consent to the use of ALL the cookies. However, you may visit "Cookie Settings" to provide a controlled consent.
Cookie Settings Accept All
Manage consent

This website uses cookies to improve your experience while you navigate through the website. Out of these, the cookies that are categorized as necessary are stored on your browser as they are essential for the working of basic functionalities of the website. We also use third-party cookies that help us analyze and understand how you use this website. These cookies will be stored in your browser only with your consent. You also have the option to opt-out of these cookies. But opting out of some of these cookies may affect your browsing experience.
Necessary Always Enabled
Necessary cookies are absolutely essential for the website to function properly. These cookies ensure basic functionalities and security features of the website, anonymously.
Functional
Functional cookies help to perform certain functionalities like sharing the content of the website on social media platforms, collect feedbacks, and other third-party features.
Performance
Performance cookies are used to understand and analyze the key performance indexes of the website which helps in delivering a better user experience for the visitors.
Analytics
Analytical cookies are used to understand how visitors interact with the website. These cookies help provide information on metrics the number of visitors, bounce rate, traffic source, etc.
Advertisement
Advertisement cookies are used to provide visitors with relevant ads and marketing campaigns. These cookies track visitors across websites and collect information to provide customized ads.
Others
Other uncategorized cookies are those that are being analyzed and have not been classified into a category as yet.
Save & Accept